I watched a documentary this morning.  It was made by a man who, as a child, survived the Holocaust.  All my life I have known that we must never forget the atrocities of the Holocaust in Europe so that it never happens again. But it is happening in Syria!  I tried to post pictures of the victims of the Holocaust and the Syrian Civil War.  They are so horrible I could not.  The only real difference in the photos is you can see the color of the blood in the Syrian photos and al-Assad seems to be killing his victims where they live instead of rounding them up.  I do not want war!  I do not want war for our country or anyone else but if it is true, we must never forget than action must be taken against the holocaust of the Syrian people.  Thoughts? 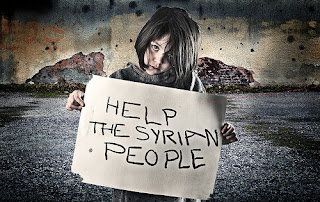 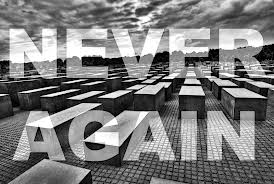 Posted by Unknown at 2:52 PM No comments:

Courageous Clarity speaks out about the rape of a 14-year-old girl by her teacher.  Her eventual suicide as a result of that rape and the 30 day jail sentence of her rapist.

This crime came to my attention as I contemplated the rape and impregnation of a 15-year-old girl in Concord, New Hampshire.  She was raped by an adult member of her church.  Her pastor Rev. Charles Phelps made her apologize to the wife of her rapist and the entire congregation.  He told her she was lucky that she didn't live in Old Testament times because she would have been stoned to death.  The rapist in New Hampshire got 15-30 years.  In the rape described above, the rapist got 30 days.  I think the pain on the face of the young woman in the video expresses the horror I feel as I see how little women and girls are valued.
Tina Anderson, the rape survivor wanted her name publicized to highlight church abuse.

Posted by Unknown at 3:26 PM No comments:

The Cushite Wife of Moses

Where to find the story of the Cushite wife of Moses?

The nameless woman known only as the Cushite woman is found in Numbers 12:1.

The Cushite woman tells her story.

Mariam and Arron were so angry that Moses married me.  They had a terrible fight.  Mariam became very ill as a result.

Observations on the Cushite woman.

Was the Cushite woman  Zipporah the wife mentioned in Exodus?  She is said to be from the land of Midian.  Did Moses have two wives?  Why were Mariam and Arron so angry that Moses had married a Cushite?

In Numbers 25:1-8 the grandson of Arron kills an Israelite man and a Midianite woman.  The man is said to have brought her into his family.  They may have been having sex because they are in the tent and both are stabbed through the belly.
"Since Cush is the Hebrew term for Ethiopia or Nubia, some say that this woman was black."
(Winter, Miriam Therese; Woman Wisdom, 1993)
Like so many biblical women all we know about her is how she figures into the story of the male biblical hero.
Following is an interesting video about the Cushite wife of Moses.

Posted by Unknown at 4:05 PM No comments:

Where to find the story of the Shunammite Woman

As is the case with so many biblical women the Shunammite woman is not named and does not tell her own story.  Unlike many biblical women she does speak up for herself.  She is found in 2 Kings 4:8-37 and 8:1-6 as a character in the story of Elisha the prophet.

The Shunammite Woman Tells Her Story

I invited the prophet, Elisha to dinner.  I wanted to see what this holy man was all about. He was always accompanied by his servant, Gehazi.  They began to come to my home whenever they were in town.  I am a wealthy woman so I told my husband I wanted to build a room on the house for them.  One day Gehazi asked me if there was anything Elisha could do for me.  They wanted to thank me for all I had done for them.  I couldn't think of anything I wanted.  Gehazi told Elisha, "She doesn't have any children and her husband is old."  I did not believe him when he said I would have a son that time next year and I told him as much.  I said, "O man of God; do not deceive me."

To my great joy, a year later I had a beautiful baby boy.  When he grew big enough he went to the fields with his father.  One day a servant carried my son back to me.  He had a terrible headache.  I held him on my lap and he died.  My  heart was broken and I was so angry at with that prophet.

I told my husband to send me a servant and I saddled a donkey.  I was going to see that prophet.  My husband tried to argue with me but my mind was made up.  I rode as fast as I could to Mount Carmel.  Gehazi met me as I approached and asked if anything was wrong.  I was not going to say anything to anyone but Elisha.  I know the power of words and I was not going waste them on the servant.

Elisha told his servant to go home with me and lay his staff on my child's face.  That was not good enough for me.  I told him, "I am not leaving here without you!"  Gehazi went on ahead to do as Elisha said.  He met us on his way back and said my child was dead.  When we got to the house Elisha went into the room with my son.  He was in there a long time.  Finally, Gehazi called me.  My son was alright. Thank God!

Elisha and I remained friends.  He advised me that there was going to be a famine and I needed to move my family to Philistia.  We were there seven years.  When we finally returned to Shunem, my home and land had been taken over by squatters.  I went to the king to ask that my property be returned to me.  Gehazi was already there and spoke to the king on my behalf.  After the king questioned me he appointed an official to help me secure my property and all the revenue my land had generated while I was gone.

The story of the Shunammite woman is told as part of a series of miracles to prove that Elisha is a prophet.  She is first described as standing quietly in the presence of the prophet or at the door of the room constructed for him. He only speaks to her through his servant. After the death of her child her whole demeanor changes.  She rides off to see Elisha.  When his servant asks what is wrong she ignores him and goes directly to the prophet.  I can imagine the scene.  She grabs him and screams,"Did I ask you for a son?  Didn't I tell you not to mislead me?

Elisha tries again to have his servant take care of the women but she is not having any of that.  She forcefully tells him,"I am not leaving here without you.  Because of her tenacity her child and eventually her property are restored to her.