Love Your Body Now, Just The Way It Is!

When I was very young and the most protuberant part of my body was my hip bones I decided I needed to go on a diet.  I didn't.  I did not realize how I was being influenced by my culture.  Even as a feminist I could not shake the idea that my body, that is to say I, wasn't good enough.  I was/am!
Watch these two videos and share you own body image celebrations.  I am going to have a sandwich.

Posted by Unknown at 2:22 PM No comments:

The depressing state of things!

Yesterday I found this on my Facebook page.  I couldn't believe it was true although the UN Women icon at the bottom of each photo did lend some credibility.  I Googled, "women should" and before I even got to the final "d" the drop down menu read; not be in combat, not preach, not speak in church, be seen and not heard, not work (I am guessing they mean outside the home) not run and stay at home.  Check out http://www.unwomen.org/en/news/stories/2013/10/women-should-ads
So I Googled, "men should" and got always pray, not get married, wear makeup, not wear shorts and pay for dates.

Blatant discrimination and sexism is always shocking to me.  I want to believe it is only the far religious right of any religion and the lunatic fringe who  cling to these attitudes about women.  I showed the post to my husband and he was not surprised.  "What's new?"is all he asked.  In my last blog I wrote of my experience with attempted silencing. Speak up, speak out, be heard, use your voice.

I looked blatant up in the dictionary. Among other definitions I found, "Offensively obtrusive; coarse. Shrill, ranting, angry, combative, strident and more are terms hurled at women who speak up against discrimination and sexism. Women must not be silent.  In the relative safety of the United States  from which I blog I am able to use my voice.  I am compelled to use that voice for women and their children who are silenced.

Posted by Unknown at 3:40 PM No comments:

Using or Losing our Voices:

I drove home thinking, "but it is my voice."

Two interesting, intersecting incidences happened this week.  First, I went to an ear, nose and throat Dr.  who told me I needed voice therapy.  Really?  I've been talking most of my life and I'm pretty good at it.  Second, the publicist who works for Personhood Press requested an endorsement from a Pentecostal professor for Prostitutes, Virgins and Mothers: Questioning Teachings About Biblical Women.
The Pentecostal professor could not endorse my work because he noted an, "echo of frustration" in my writing.  If an echo of frustration is all he detected I wrote really well.  He suggested that an editor rework the manuscript to remove that frustration.  In other words take my  voice out of my manuscript.
I went to the voice therapist.  "Your voice is to breathy," she told me.  "Yes, I've been told that my whole life."  "Your voice is to low," she said.  "I know it has always been low."  "Here are some exercises to change you voice," she added as she handed me a yellow folder.
I drove home thinking, "but it is my voice.  I want my voice.  I like my voice."

Both these encounters aimed at changing my voice.  One physically the other religiously and I suppose politically as well.  Both wanted to make my voice more acceptable, less abrasive to them.  I have written the book I have written because I am more than frustrated and I speak with the voice I do because it is my voice.  It my not be acceptable to all but I intend to use it physically, religiously, politically and any other way I can.  What about you? 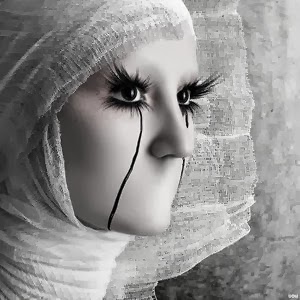